How do you determine your level of English? You say "Good", "Well, so... after a fashion". You use the names of the levels in English: "It may be Intermediate, perhaps". Or you remember the classical formula "I read and translate with a dictionary". It is not the best way for your education, you know. One of this problem's solution you can find at essaylook.com.

If you are faced with a situation where you need to assess your level, if you are applying for foreign language courses, if you simply have a familiar teacher, then you probably met the mysterious words A1, B2, C1. What is it? Sea fight in a very small field? Not really. These are the so-called levels of the CEFR-scale, used in Europe to determine the level of tongue mastership.

Mastering the tongue at a certain level can be very different for various languages. It is not surprising because all languages are not the same – one has a developed system of grammatical times, but there is absolutely no complex morphology, i.e. different forms of words. Another has only three times, but you will have to work hard with the cases and declensions. The grammar is primitive, but each word is not a set of letters, but a unique picture (a hieroglyph). It is clear that "I know this language at an average level" means a completely different set of skills for each of them.

In each country, the determination of levels involved a separate organization (usually the most respected in the study of tongues) – the Instituto Cervantes in Spain, the Goethe Institute in Germany, Cambridge in the UK. Textbooks and courses, tests and exams, respectively, were designed for these levels, individual for each language. At the same time, comparing the knowledge of English, French and Chinese at the medium level was quite difficult.

And in 1991 in Switzerland (which is no coincidence – this is a country with 4 national languages), a scientific symposium decided to develop a universal scale that can be used for any tongue. For a time (science is not the fast one), a pilot project of such a scale was launched by 2003, and in 2007 the final version of the CEFR scale was officially presented at a conference in Cambridge. In subsequent years, the main courses and examinations of all European tongues (and some non-European ones) were launched in accordance with the new scale.

How Is CEFR Structured? 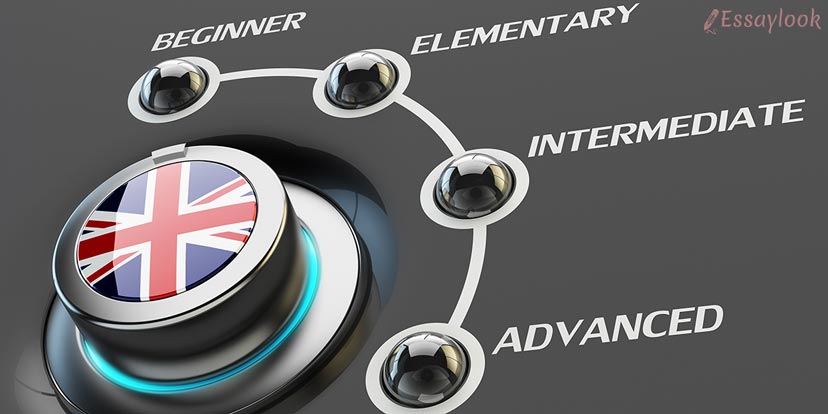 The scale itself consists of 3 large levels of knowledge of the language: A, B and C, they are called, respectively, Basic user (you begin to understand), Independent user (you begin to communicate and are able to get out a message), Proficient user (close to native speakers). Each of these levels is divided into two, which are denoted by numbers – A1, A2, B1, B2, C1, C2 – 6 levels.

CEFR uses a so-called action-oriented approach. That is, knowledge of some special grammatical structures or sets of words is not used to determine the level, but it is important, what you can do with it. It is not "I have learned Present Perfect and 100 words from some topics, but "I can understand the basic idea when communicating on familiar topics – leisure, school, work".

For example, here is what this "I can do" for the A2 level looks like:

I am able to deal with individual phrases and oftentimes encountered expressions that are related to the main spheres of life (for example, standard facts about myself and my family members, purchases, arrangements, etc.). I can accomplish tasks related to perceiving information on household or familiar topics. I can tell about myself, my family and friends, describe the main aspects of everyday life in simple phrases.

You see, "I can tell about myself and my relatives" – and it is not so important what kind of grammar tense you use, the main thing is for the interlocutor to understand you, because this is the ultimate goal of having a good command of a foreign tongue – to exchange information, and not to learn the rules.

The CEFR scale gives not only a general picture of what the student can do at each level but also a detailed description of all 5 components of the language: understanding of written and spoken tongue, ability to speak, ability to use the tongue for conversation, writing.

For example, here is what the representation of written speech (i.e. reading) looks like for the same A2 level on the CEFR scale:

I read very short simple texts. I can find certain information in not very difficult texts of everyday communication: in menus, prospectuses, advertisements, schedules. I am able to read letters and analyze them.

The Time It Takes to Learn English to a Certain Level

The CEFR scale helps answer the frequent question of "how long it takes to learn English". It depends on what level you want to achieve. Each next level is about twice as hard as the previous one. Technical experts will remember the word "logarithmic", but we will explain with simple numbers for all others: in order to reach the A1 level, it takes about 100 hours of classes, to go up from A1 to A2 – about 200 hours of classes, from B1 to B2 – about 600 hours, from C1 to C2 – 1200. The numbers are very conditional – it all depends on a student, a teacher, on motivation, doing homework and dozens of factors.

After the appearance of the CEFR scale, many foreign language standards were listed according to it. The CEFR and the old familiar level names were aligned. Here they are:

So, some mysterious letters with numbers, which you could hear from familiar teachers or representatives of schools, are the levels of mastering the tongue on the so-called CEFR scale.

This scale is not based on the knowledge of any sets of words or grammatical constructions, but on what the learner can do at one level or another. That is why the CEFR scale is universal – it can be applied to any tongue.