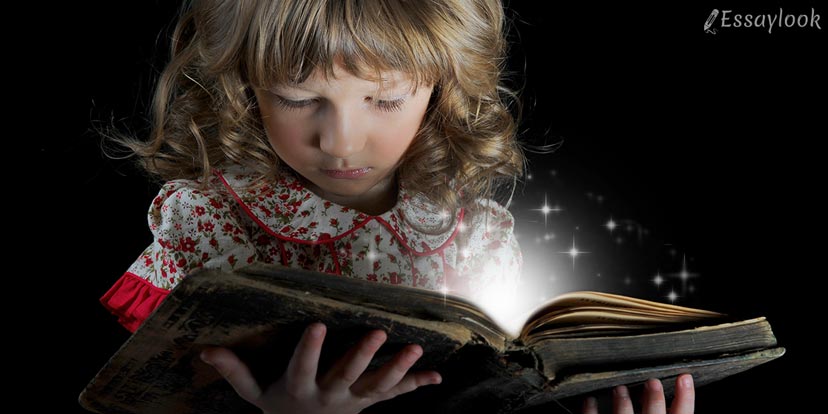 Foreign languages will never cease to surprise us. Let us talk about words that quite deservedly took their place in the vocabulary of English-speaking countries, but do not have analogues in other languages. It will be curious not only for students but for all visitors of essaylook.com, but also for other people who are interested in linguistics. We have selected 13 concepts that will make even the most sophisticated Englishmen think about the translation.

The first association is earthworms that have settled in the ear. To some extent, this is the case, but in figurative sense. This word is used to describe an intrusive melody or song that sounds in the head and there is no way to get rid of it.

This expression can be attributed not only to a woman, but also to a man. Although the word "woman" is present in the expression itself, it means a person, regardless of sex and age, who, having seen a free table that is the best in convenience and position, requires replacing him or her there.

Two multiplied by two – four, and, having added Wikipedia to reality, we get Wikiality. It is enough for any phenomenon or concept to find a large number of links on the Internet as it acquires the status of "fact." And often this is not a fact, and not even how it really was.

An interesting musical image. This expression should be translated literally from English as "music sounding from the closet." Have you ever occasionally arranged a lightning "cosmetic" cleaning in the room, cramming all into the closet or box?  So "closet music" is the kind of music that you listen to quietly alone, because you are embarrassed to make public your tastes or love for one artist or another.

This concept was born and spread from the confluence of two words – "hatred" and "patriotism". This is, as they say, hate at someone’s command. "Hatriotism" refers to a strong sense of dislike for things pointed out by authoritative individuals, especially government officials.

Do not be surprised, the appearance of a refrigerator in this expression is completely justified. The expression "Refrigerator Rights" can be adequately translated from English as "very close, practically family relationships". After all, only a member of the family can afford to "get into" this storehouse of food supplies without permission.

This English word was born from the fusion of the two concepts – "global" and "English" and denotes the language used in communication by people whose native language is not English. A little bit from there, a little bit from here, popular phrases, stable combinations of words – a simplified basic set for daily communication.

The word originates from the English verb "to be present". This is not an expression, but a syndrome experienced by some of us, especially hardworking and responsible ones. We would translate this concept from the English language as "absence syndrome" or "presence mania" and exclusively in the workplace. People with a presence mania can feel guilty when they are not at work during working hours whether by illness, vacation or some other good reason.

The scale of the tragedy is great, but corrected. This condition is temporary. The fact is that by this expression English-speaking people describe women whose husbands or boyfriends "have gone on a bender" supporting their favorite football teams. Here the "absence syndrome" is triggered. There is a feeling that men are actually lost to the world during this period. By the way, now the phenomenon of "football widow" has a new role. On-line game World of Tanks brings no fewer victims.

Apart from these "unusual" English words, we can meet more everyday ones, which can be translated, preserving meaning, only through descriptions.

The word "hungry" is quite common and usual. But "thirsty" is something completely different. In many languages, it will be possible to translate it only through the phrase "a person who wants to drink".

This word is endowed with several meanings:

This adjective is formed from the "challenge", so its first meaning will still be the translation "requiring force".

A lot of translations of this word from the English language may not just confuse, but confound – means, equipment, loans, benefits, institutions.

Nevertheless, if you look closely at these definitions, you can distinguish something in common – they are all designed to provide comfort, they give the opportunity for carrying out certain manipulations.

This word can mean a brother or a sister. In some languages, we can only unite relatives by gender – either brothers or sisters. English generalizes these groups. "Sibling" refers to both male and female gender. There is a similar group at least in one more language – "Geschwister" – brother and sister (German).

You can dig more about such words on this website.

We wish you interesting language discoveries in English and success in studying.