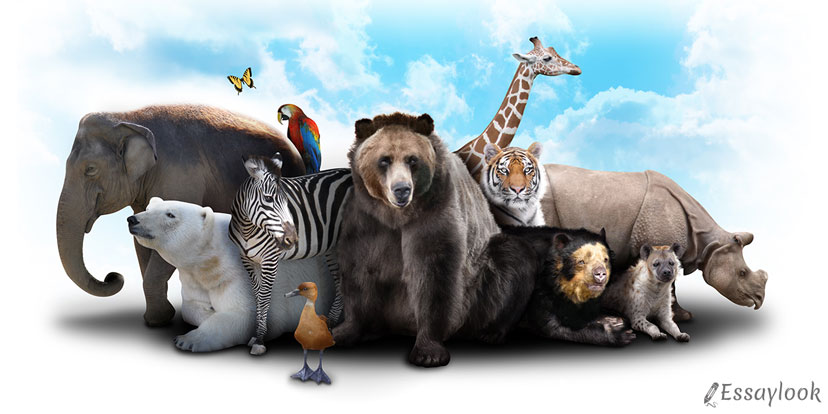 Idioms are vivid expressions that make speech lively and expressive. How to remember and study them? It is very simple – using the method of associations. This is a very famous method, which we often use in writing essays and other works, make sure of this by placing an order on essaylook.com. And today we will be engaged in associations with animals that will make the process of memorizing new expressions even more interesting and exciting.

Native speakers of the language call this way a person who is used as a "material" for experimentation, the introduction of new ideas, etc.

Lovely fluffy guinea pigs are ones of the most beloved pets in our time. However, the Middle Ages were not an easy time for these rodents. They were used for food, in folk medicine and religious rituals. And since the XVII century, they became the main "heroes" of medical and chemical experiments. And this is completely illogical: at that time (as, indeed, now) guinea pigs cost several times more expensive than mice and rats, on which one could also test new drugs and chemical reagents.

The idiom appeared in the XVII century. Humanity regained consciousness approximately in the end of XIX – the beginning of the XX century, the guinea pigs were replaced with cheaper relatives. And at that time "pigs" won the hearts of people. Unfortunately, scientists have not completely abandoned the experiments on animals and are still trying various medications for diabetes, tuberculosis, scurvy, complications of pregnancy on the guinea pigs.

Why should I try this cocktail first? I am not a guinea pig.

As Busy as a Beaver

It is about an industrious person, who turns like a squirrel on a treadmill, is constantly busy doing several things at the same time. The expression is used in a positive context.

The expression is easy to explain if you observe the life of these unique mammals for a while. Beavers are very industrious animals. They build the dam carefully for a long time, folding a branch to the branch. Their dwelling turns out to be strong and safe, beavers work making an honest effort. Think about how much time and effort these small animals spend on nibbling a tree until it falls, and then, in the same way, divide it into parts and build on the river. Yes, people really should learn beavers’ diligence and ability to do really high-quality things.

There is a lot of work today, I am busy as a beaver.

As Poor as a Church Mouse

One says this way about a poor person, who does not have a penny at the bottom of the barrel.

For the first time, one started to use this idiom in the beginning of the XVII century. At that time, mice often settled in people's houses, various buildings. However, there were no kitchens in the churches where the rodent could find some food. There were no buffets, no pantries, where one could store food. Therefore, the animal, who had imprudence to settle in the church, was doomed to a hungry life. Over time, the idiom began to be used not only to denote a hungry mouse, but also for the name of a poor person.

Look at his rags and shoes, he is as poor as a church mouse.

Barking up the Wrong Tree

It is about a person who makes a mistake, follows wrong beliefs, chooses the wrong way or accuses an innocent person in some way.

The history of this idiom leads us to hounds. When the dog pursues the game, the latter can climb the tree. Since the dogs have not learned to climb trees yet, they stay near it and start barking loudly, attracting the attention of hunters. However, sometimes a dog chooses the wrong tree: a scent can let it down, the dog may get off the trail or to mistake the tree for another reason. In this case, the hunters said that the dog barked up the wrong tree.

Usually, it is about some kinds of presentation, performance, any way of self-expression, accompanied by pathos loud advertising. Subsequently, it turned out to be something ordinary, already familiar to us.

Expression appeared around the beginning of the XIX century. Then numerous circus tents travelled through the expanses of each country. But not all of them could afford to keep exotic animals. But all mobile circuses had talented dogs and ponies in their arsenal (often they were the only animal-artists). Nevertheless, the circus representatives announced their performance as something extraordinary, unforgettable. People bought tickets and ... were disappointed: they expected something bright and exotic, and not bored ponies and doggies.

It is hard to imagine how boring his excuses were, all the same dog and pony show.

It is about people who have some skill, necessary in a specific situation: everyone should do their own business. The expression is also used when it needs to be said that each situation needs its own approach, each problem needs to find its own solution.

Of course, you have already guessed that the idiom was invented at the races. There are various types of horse racing: long and short races, with obstacles and without them, etc. Different horses were meant for different types of competitions, that is, the horse could be hardy and perfect for long runs, but could also be fast and suitable for short runs. It is noteworthy that in the US, where this sport is not as popular as in England, the expression is not actually used. But the idiom is very popular in the UK.

They excellently know how to spin intrigues, spread gossip and betray people, but they are not able to lead the restaurant to prosperity. Horses for courses.

Let the Cat out of the Bag

One says this way when a person accidentally discovered the truth or someone told him or her a secret. And this became an unexpected surprise.

There are at least two versions of the origin of this idiom. The first story tells us about the light-fingered moneymaker. The farmer came to the fair and decided to buy a pig. By the way, the pigs were very expensive. The salesman helped him choose the animal and put it in the bag. When the farmer came home, he found not a pig, but a cat in the bag. That is, he let the cat out of the bag and thereby discovered the secret.

The second story is related to the very original traditions of seafarers. Each ship had a "cat about nine tails". One did not hear about genetic engineering in the Middle Ages, the usual whip called with such a strange word. 9 pieces of rope were attached to its handle, at the ends of which knots were tied. This whip was created to punish sailors: sometimes for business, and sometimes just to cause a fair wind. Such things were practiced on the ship.

During the punishment, the knots on the rope left wounds, similar to the traces of the cat's claws, on the back of the unfortunate sailor. That is why the whip was called a cat. They kept it, as a rule, in a sack, and traces of flogging could not be kept under wraps. Perhaps, therefore, the expression to let the cat out of the bag became associated with the notion of discovering a secret.

It is impossible to keep a secret in this situation. Therefore, she let the cat out of the bag.

The Black Sheep of the Family

It is about a person, a family member or any group of people, who stands out among them with a bad reputation, or simply is not similar to them, do not fit into this group.

As we know, all sheep are usually white. However, periodically, animals of black color appear. This is due to genetic abnormality. Farmers are never happy about the appearance of such lambs, it is unprofitable for them. White wool can be painted in any color, and you cannot do that with black one, so it is in bad demand. In addition, black animals were not respected in the Middle Ages –  they were called servants of the dark forces and all tried to get rid of the animals with black fur.

They always thought John was the black sheep of the family. He got in touch with the criminal group.

A Bull in a China Shop

It is about a person who feels awkward or behaves messy and roughly in a delicate situation.

The most famous story of the origin of the phrase says that the case occurred in fact. Approximately in the XVII century, an agricultural fair was held in London. One bull was badly tied. It so happened that there was a Chinese shop near the square where the fair was held. And what could be sold in such a place in the XVII century? That is right, porcelain, terribly expensive and beautiful. The bull quite accidentally went to this store and committed a thorough pogrom. Since then, this expression has taken root.

Do not let her wipe glasses! She will break everything she will touch.

We hope you can easily remember these bright interesting English idioms about animals and enrich your speech.