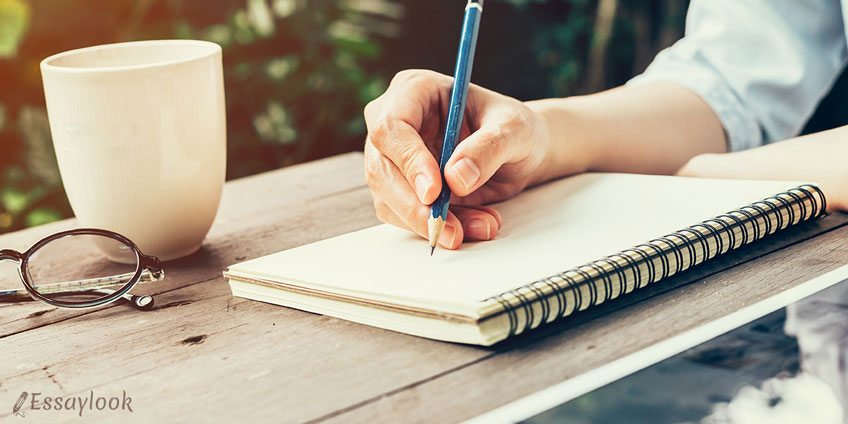 We continue to study all kinds of interesting aspects of the English language. Today we have another portion of idioms. Using them, you can effectively stand out from the crowd of students of English. The idioms below are often used in both standard and business English – in any case, they will benefit you.

The Writing Is on the Wall

This phrase sounds like a "sinister omen," that is, in simple language, it is usually pronounced with respect to something, for example, a project that will soon fail, will be closed, suspended or otherwise stopped.

The writing is on the wall for your paper, because you only have one day left, and you have not even started working on it.

By the way, in order to avoid the terrible situation indicated in the above example, do not forget that specialists from essaylook.com will take up your task even if it is needed for tomorrow.

This is an anonymous letter, perhaps an infamous, slanderous or insulting, in which there may be a threat, slander or blackmail. In any case, such a letter is unkind, which means it will upset the recipient. There is a large number of similar idioms.

I have already been receiving these poison-pen letters for the second week! How can I determine who writes them?

This phrase is intended for someone whose work in the office is not considered important. Usually it is the one who wears out the seat of the pants in the office, goofs off, pretending to actually work. Those who belong to the category of "office drudge" can also be called "paper pusher".

And how do you think, how much did I hold in this job as the paper pusher? Almost the whole year!

We need you to finish these articles until the end of tomorrow, so put pen to paper.

To Be Nothing Much to Write Home About

Nothing special, nothing interesting, there is nothing to boast about – that is what one says about something ordinary, unremarkable, common.

The new dish was nothing much to write home about, and it is no wonder – they did not make any effort to find an interesting idea and create a new original recipe on its basis.

Paper over the Cracks

This means smoothing things over, creating an appearance of order or well-being, hiding problems, rather than finding the right solution.

Their favorite technique is to paper over the cracks, as a result of which any problem turns into a real hell.

These are documents that are proof or evidence of someone's activity.

They had a lot of drafts, where they described very interesting moments from different trips, but we could not find any paper trail of these notes.

To Give Someone Their Walking Papers/Marching Orders

If you give someone walking papers, then you ask him or her to resign from the position, because he or she did something wrong.

I will not let them give me walking papers! I will get ahead of them and leave by myself!

Not worth the Paper It Is Written/Printed On

This phrase usually refers to a document that does not represent value or is not valid.

This paper, which you consider a permit for revision in our restaurant, is not worth the paper it is printed on.

Sometimes it needs to be overcome in order to achieve something.

You cannot even imagine what a paper chase accompanied the issuance of permission to place the outdoor performance stage.

Red ink that is used to write down the company's debts and losses, which means that this is a situation where the company loses money. They also say "leak/spill/bleed red ink" (incur losses) or "sea/tide/flow of red ink" (a huge deficit/loss).

We leak red ink again from the fact that no one worries about attracting new customers.

The Ink Is Not Dry/Still Wet

So one talks about a document that has just been compiled or presented.

The ink on our cooperation agreement with the food delivery agency is still wet, so it is too early to talk about the expediency of this step.

These interesting idioms will enrich your language and help express yourself even more vividly.